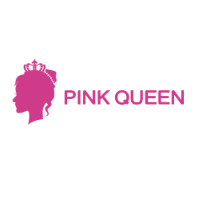 The Pink Queen is a character in the children’s television show Friends. Her color is pink and she is a friend of Rachel Green. She is the daughter of the original friend group of Chandler, Ross, Monica, Phoebe, and Joey. She is married to her college roommate, the Mr. S.

As the series evolved, the characters became more complicated. Her favorite color is purple and she dances as much as she sings. Her speech is simple and elegant, but she is seen wearing both pink and black suits in later episodes.

The Queen always stands up in class when she is asked and always appears on her best behavior. She takes care of her housekeeper, Mr. Pink, the only one who ever gets into trouble with her.

The Queen loves her pets, a cockatiel named Rainy and a bichon frise named Michel. Rachel likes pink polka-dotted clothes for her clothes for Mr. Pink and rainbow flannel pajamas for her pajamas for Phoebe.

The Queen is considered to be the boss of her roommate, Rachel, and everyone else on the show. The Queen gives orders to the friends, and she may make a suggestion but always with the right amount of discretion.

If the Queen does appear on the show as an adversary, it is usually to add to the drama of a story or to protect the Queen. When the Queen and Mr. Go to a jazz concert, the Queen is thought to be the mob boss that the Mr. S is up against and is standing right behind him. When the Queen sees the final group of friends move out of the apartment, she asks if the Mr. S would like to move to New York with her.

The Queen has never been married, but she has a pet cat named Pudge. She is also the mother of Danielle. Danielle’s father is her boss, Herr D.

The Queen is seen in her own pajamas with a hairnet, a black and pink wig, and a black T-shirt on the rooftop of her apartment. She has her hair tied in a ponytail and has a large necklace. When the apartment is shown, the door is open and there is snow on the ground. 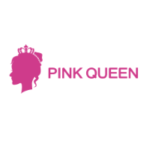